Here are the little charmers you must see this summer

They were a hair's breadth from death, yet now they scamper around full of life and joy. If you visit spectacular Atlanterhavsparken in Ålesund this summer, be ready to be charmed by these three little otters. 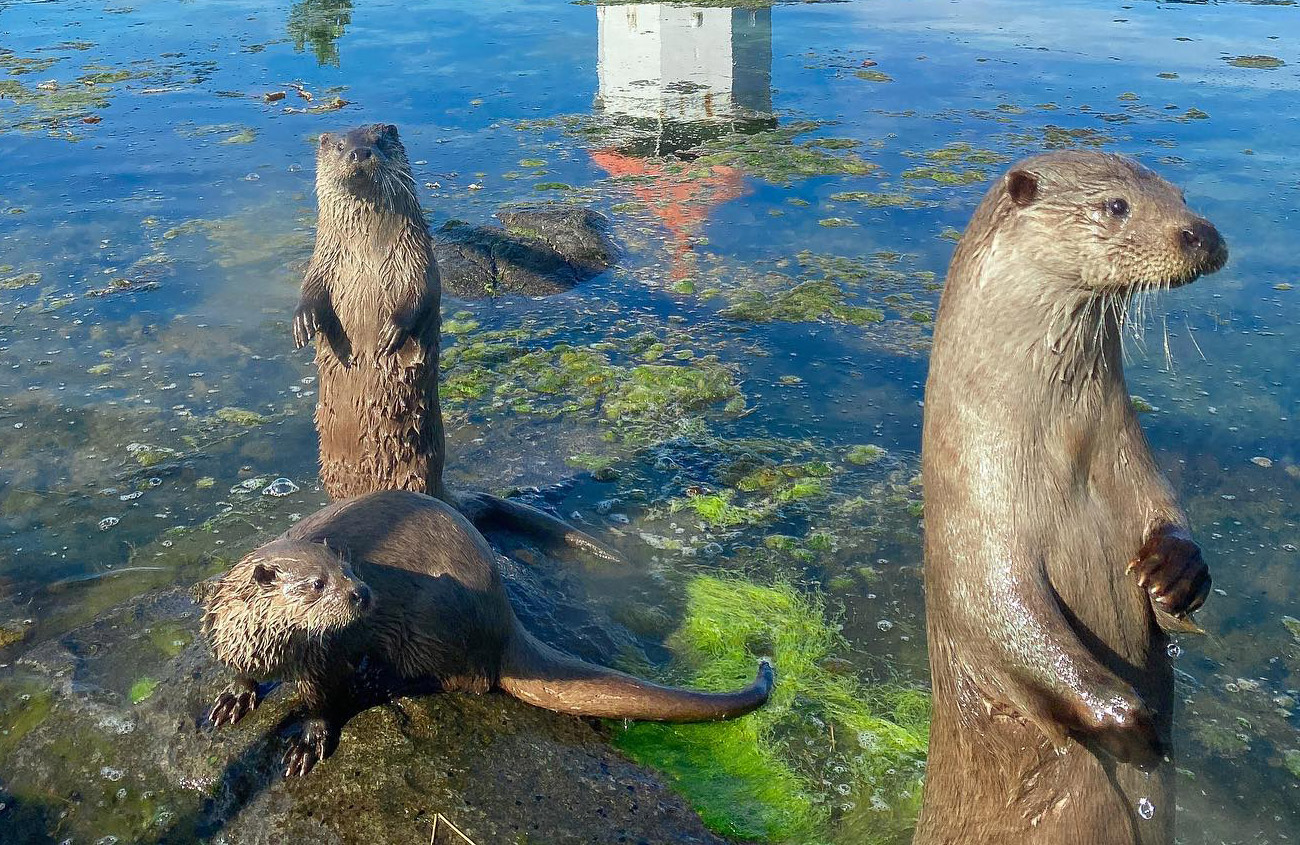 Nusse, Muffe and Pia are three otters, each with their own incredible life story. They were rescued, nurtured and raised by three different families. They then moved on to a wonderful new life at Atlanterhavsparken . Today, the three charmers are a firm favourite amongst the visitors. They are lively, playful and very extrovert!

Muffe is undoubtedly the boss of all bosses out of the three. He was found abandoned by his mother in the wild. Jøran Svartsund nurtured Muffe and saved his life.
"It was very special to have Muffe around the house before we contacted Atlanterhavsparken . I never thought an otter could have so much personality. Even though he was only with us for a few months, I will remember Muffe for the rest of my life," says Jøran Svartsund.

He was lying in a ditch, making squeaking noises when he was found just a few weeks old outside Liland in Evenes municipality. The Ofoten area of Nordland has lots of reefs and Muffe would have had no chance if Jøran and his family had not taken him in.

Atlanterhavsparken then took over responsibility for Muffe, giving him a new life and superstar status. He now struts around like he's the star of the show, yet he will still take the time to say hello to families and everyone who visits the fantastic Atlanterhavsparken this summer.

Little Nusse was picked up by the police after her mother had been hit by a car and killed in Alta municipality in Finnmark. Little Nusse survived on her own for two days before someone found her and contacted the police.

"Nusse was going to be put down, but a couple of friends in the police force thought that would be wrong. I have a farm in Øvre-Alta and have looked after various animals there in the past. They wanted me to try to take care of Nusse," says Herlof Hammari.

Two families, led by Herlof and Brynjar Myreng, stepped in to save Nusse. They shared the responsibility for looking after the little otter until she grew big and strong on whale meat, cod and cat milk substitute.

"I remember Nusse as an incredibly cute little rascal, a fun creature and an extrovert. She would crawl all over my feet and loved to lie on my lap with a bottle of milk which she would hold herself. Nusse was so relaxed and happy doing this that she would often fall asleep, looking almost as though she had a smile on her face. Nusse would swim in our bath, fetch objects and behave just like a puppy which we took with us on trips all over the place. It was incredible how Nusse impressed us," says Herlof Hammari.

As Nusse grew, Herlof and his family tried to get someone to take care of the charming and enterprising little creature. Nusse ended up at Lofoten Aquarium, but this presented new challenges, as she was rejected by the other otters at the aquarium. This left a choice between putting Nusse down or finding a new home for her. That was when Atlanterhavsparken in Ålesund came to the rescue like a guardian angel for Nusse.

"We're now thinking of making another trip to Atlanterhavsparken to visit Nusse. She's still in our hearts," says Herlof Hammari.

Pia, a young female otter, was rescued by a family on the island of Sommerøya off the coast near Tromsø. Pia was ostracised and left to fend for herself. Heidi Mari Fredriksen took care of Pia, who was shy and terrified of water at the time! Heidi Mari had also previously raised an otter that had been rejected and abandoned.

"We nurtured Pia with cat milk substitute in a bottle, fresh fish - salmon and haddock were her favourites - which we mashed up in the beginning and then cut into pieces, before we eventually taught Pia how to catch food herself."
The family did this by catching small trout from the quay and placing them in a large tub, so that Pia could then dive in and catch the fish.

"Pia soon became a wild member of the family - sort of half way between a cat and a dog. Pia found her place between huskies, horses and rabbits. Pia actually became very good friends with one of the huskies," says Heidi Mari.

However, life as a mother to an otter became a little more hectic than Heidi had imagined. Pia was everywhere and extremely active. She would mess up drawers and cupboards and carry odds and ends around with her. It didn't take Pia long to demolish an entire room and turn it completely upside down.

The plan was to find a zoo that could take Pia. Heidi Mari and her partner Ørjan Nordheim called several zoos before Atlanterhavsparken in Ålesund took the bait, where Pia has since thrived. She is now one of the three celebrities who rule Otter Island at one of the most beautiful aquariums in Europe.

"We went to see Pia and she recognised us. It was absolutely incredible, a truly wonderful experience," says Heidi Mari.

The three orphaned otter pups had a difficult start to life, but Otter Island, which is located next to the seal pool in Atlanterhavsparken, is now mostly a place of peace and contentment. The seal pool is one of the largest in Europe and the nearby penguins in their black and white evening dress are our international guests from Chile and Peru.

"On Otter Island, Muffe, Nusse and Pia have plenty of space to move around in, as well their very own lighthouse where they can find shelter. In the underwater observatory, the otters can get up close to our visitors. They are very sociable animals, make lots of noise and love to see the visitors. Nusse is the oldest of the three otters and very cuddly. Pia is very playful, as is Muffe, who is known for sucking his thumb when he gets a little stressed," says otter dad and aquarist Trond Østrem.

He is full of admiration for those who looked after and saved the lives of the three little charmers who now lead such happy lives at the award-winning Atlanterhavsparken in Ålesund, which offers a range of experiences for young and old alike.

Atlanterhavsparken Aquarium is a fantastic showcase for life along the Norwegian coast and the Atlantic Ocean. For the past 23 years, it has been one of Northern Europe's largest and most unique aquariums. In 2019, Atlanterhavsparken was designated by the Ministry of Education and Research and the Research Council of Norway as Norway's first Marine Science Centre.

Atlanterhavsparken is situated in the heart of spectacular scenery at Tueneset, at the mouth of the fjord with views stretching across to the fishing grounds and the deep Norwegian fjords, just three kilometres from Ålesund city centre. Atlanterhavsparken has twice been voted the best aquarium in the Nordic region by Swedish family website barnsemester.se, which ranks the best of the best in travel and experiences for families with children.

One experience after another

In the aquarium building itself is the spectacular Atlantic Tank, also one of the largest of its kind in Europe, which houses the largest cold-water fish in our marine area. In the activity room, children can experience a wide variety of strange sea creatures and watch and learn about Norway's crustaceans - 'the insects of the ocean'. There are open pools and closed tanks offering fascinating insights into UN Sustainability Goal 14 - Life Below Water.

"Every day, we offer authentic experiences in authentic surroundings. The nature is authentic, water is pumped directly from the sea without any filtration, the fish are local in origin and all our plants and organisms are natural," says General Manager Tor Erik Standal, who is hoping many people will choose to visit Atlanterhavsparken this summer in order to experience life along the Norwegian coast live.

Did you catch the touching story of Junior and seal dad Einar in 2020? You can watch the video and read the story here. 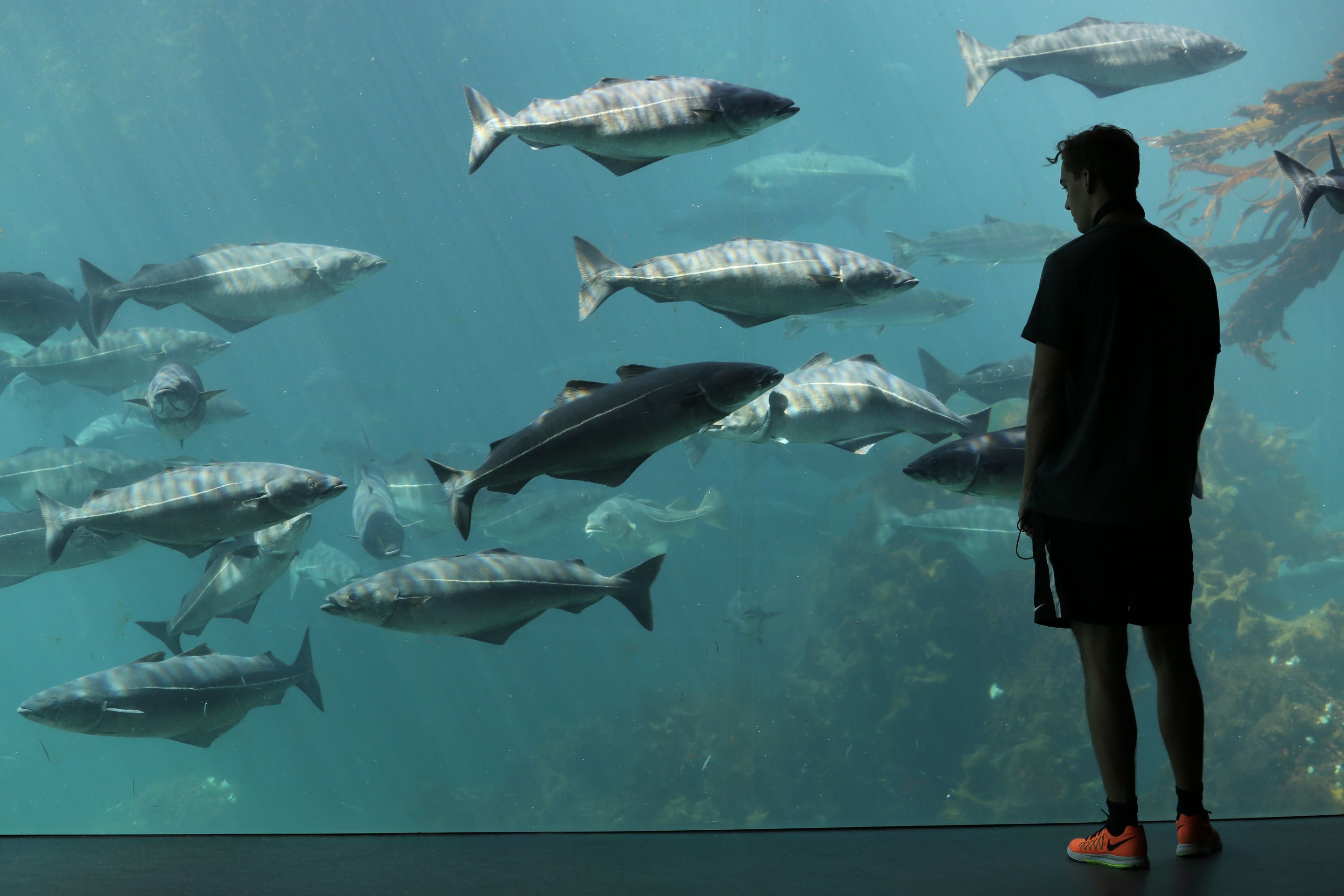 Tor Erik Standal, member of the National Committee for the UN Decade of Ocean Science
Find out more 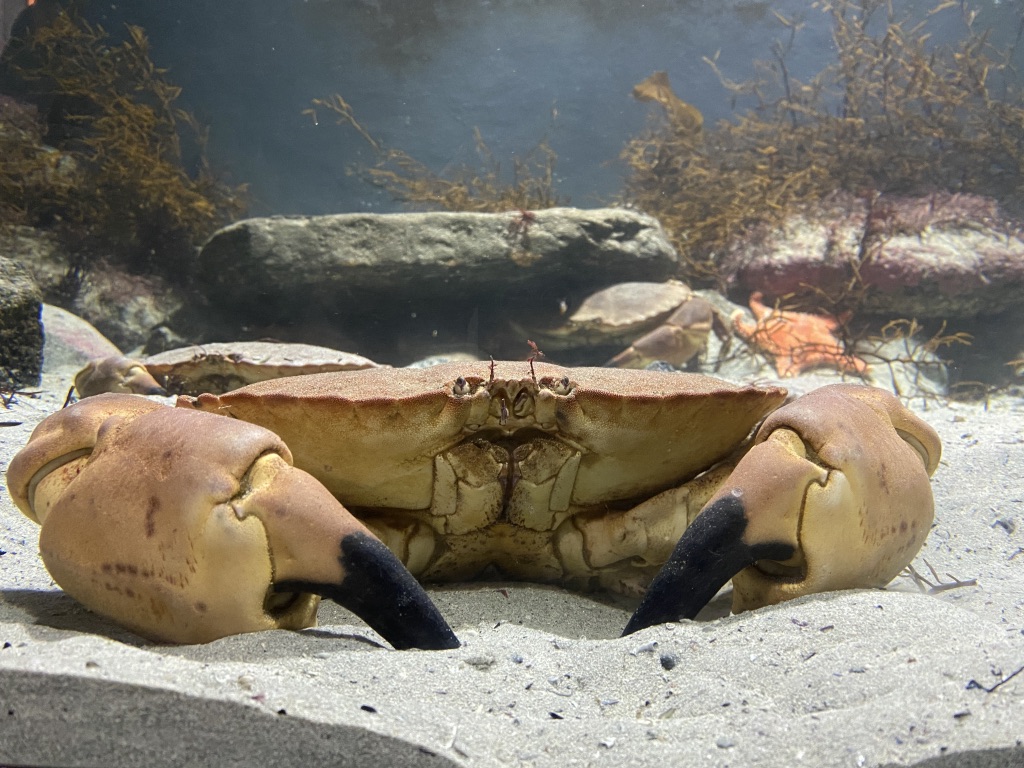 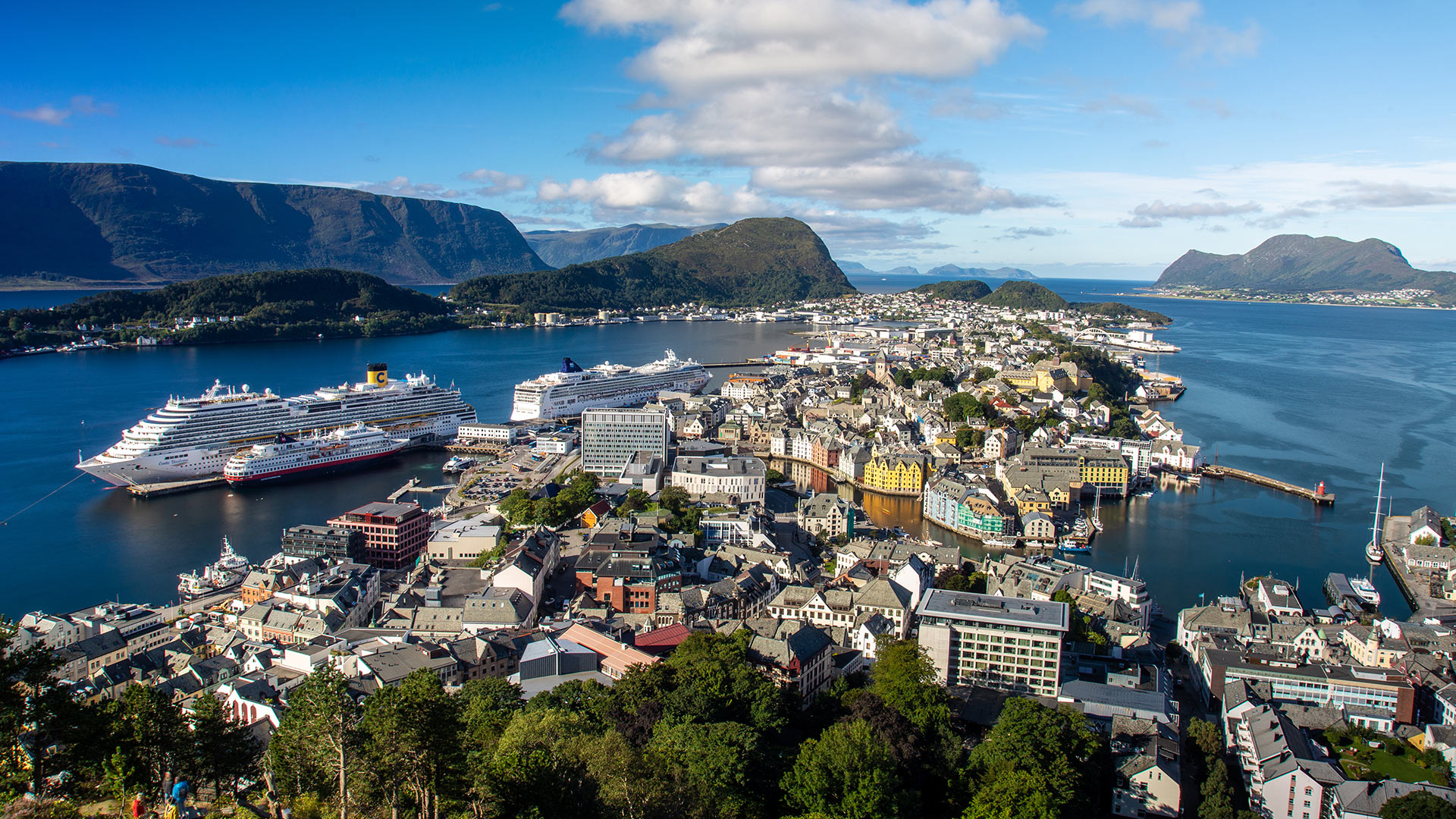 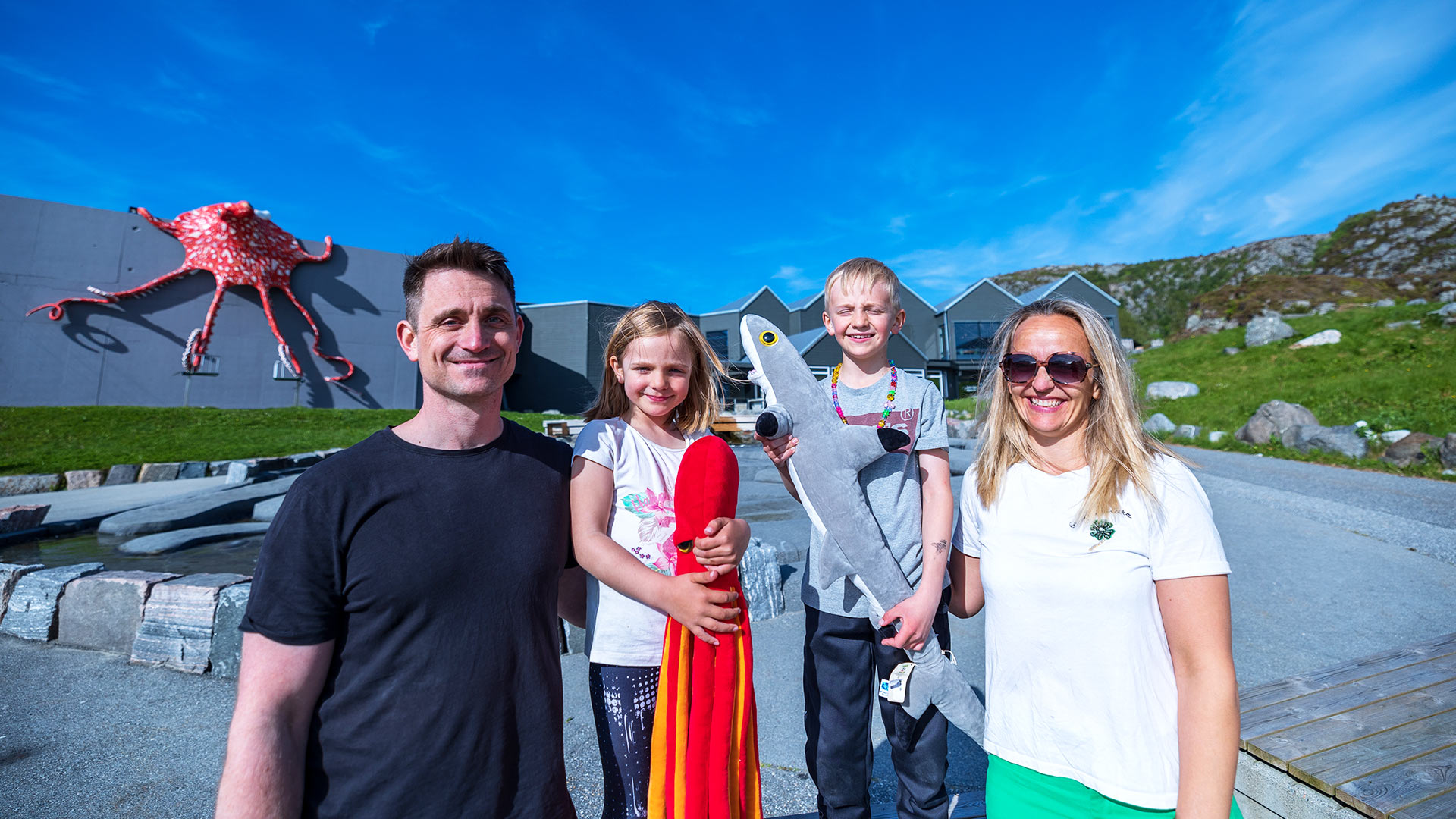 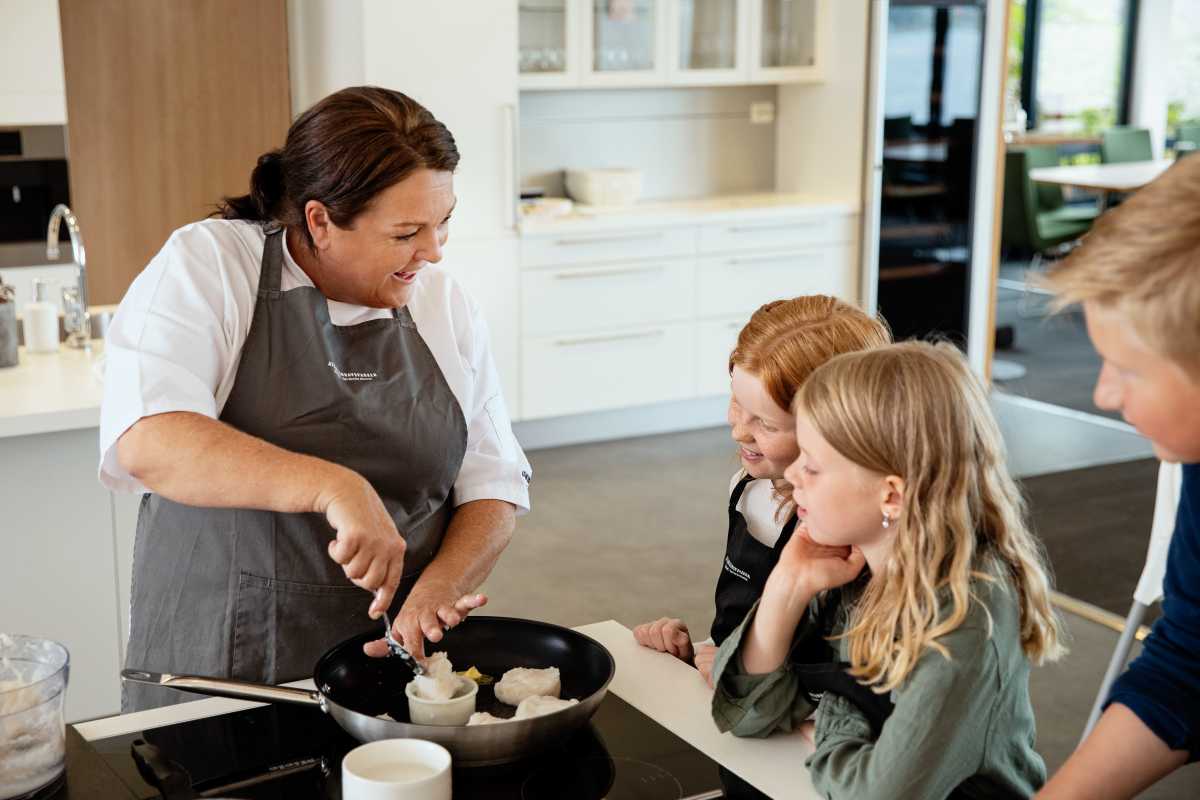 Learn to make fishcakes during the autumn holidays
Find out more 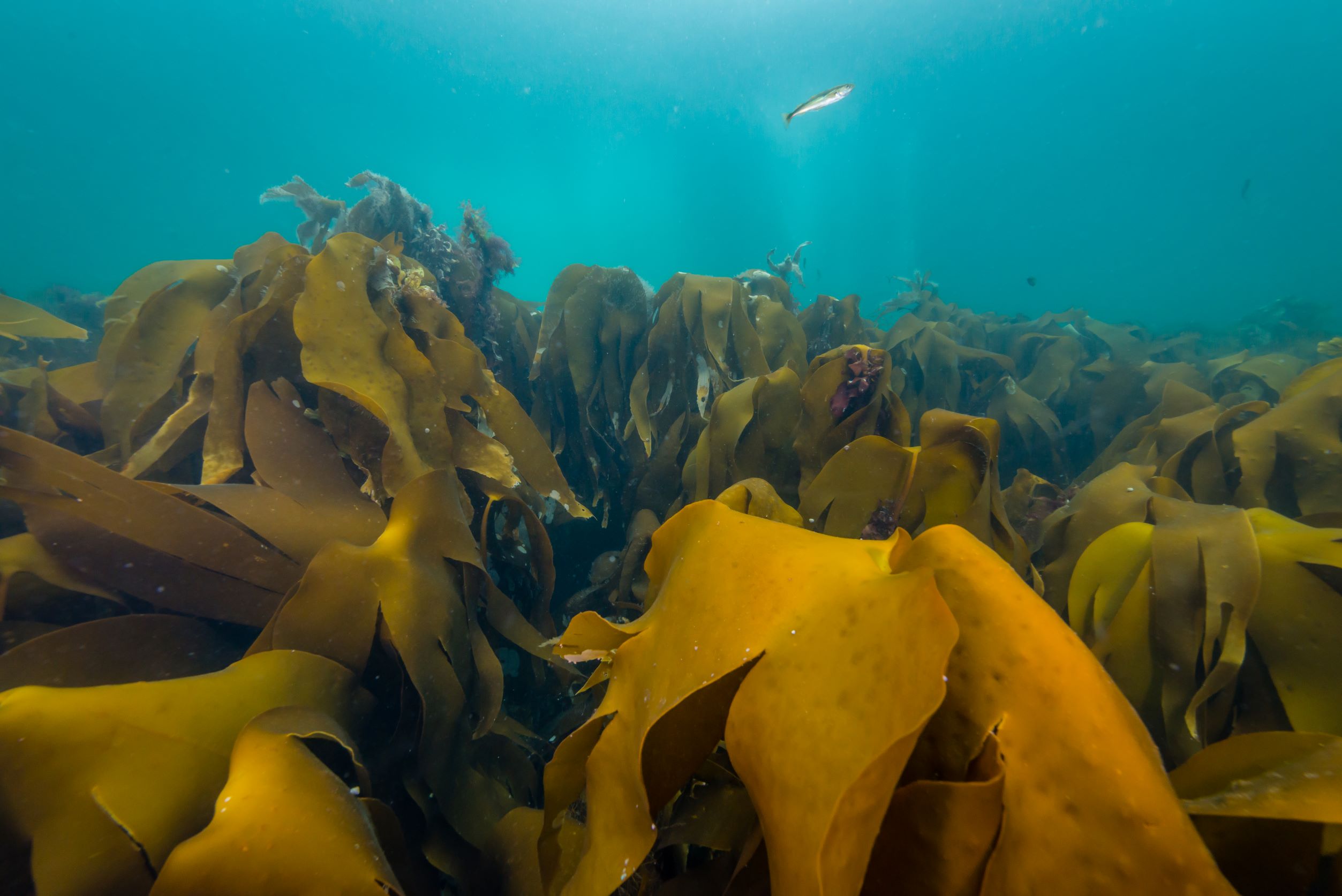 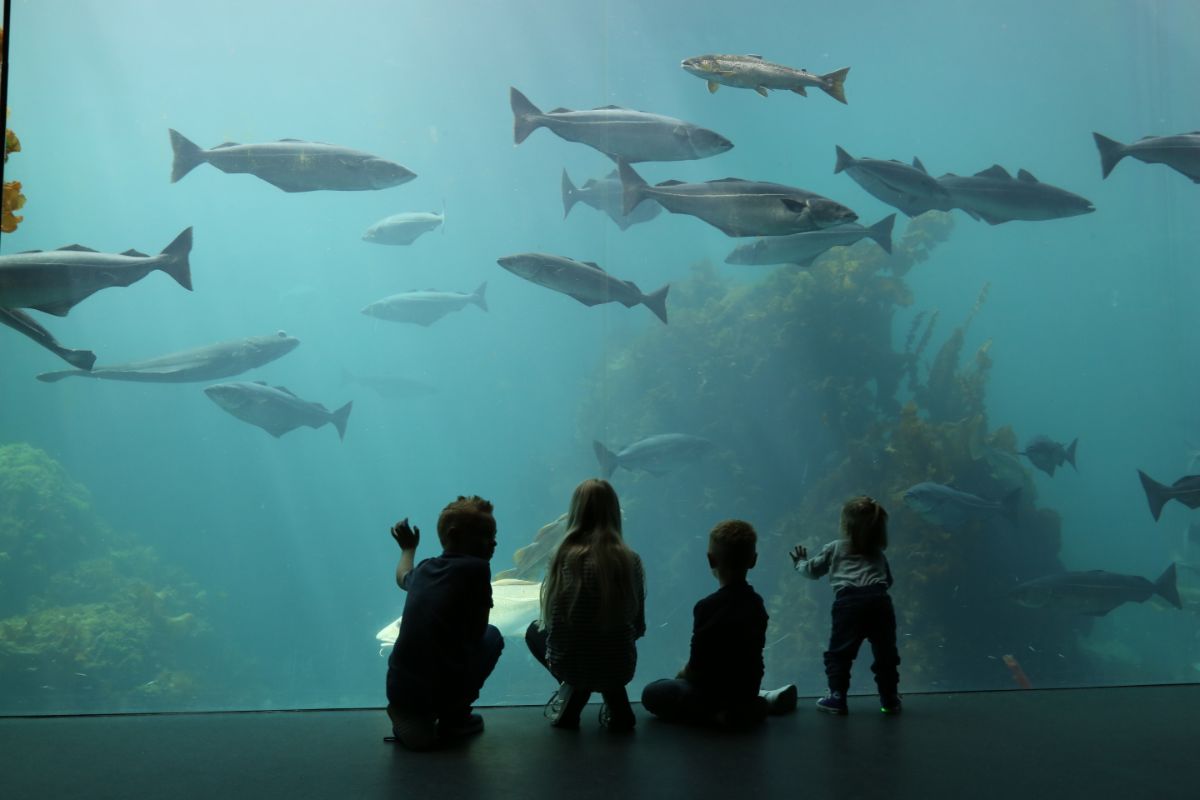 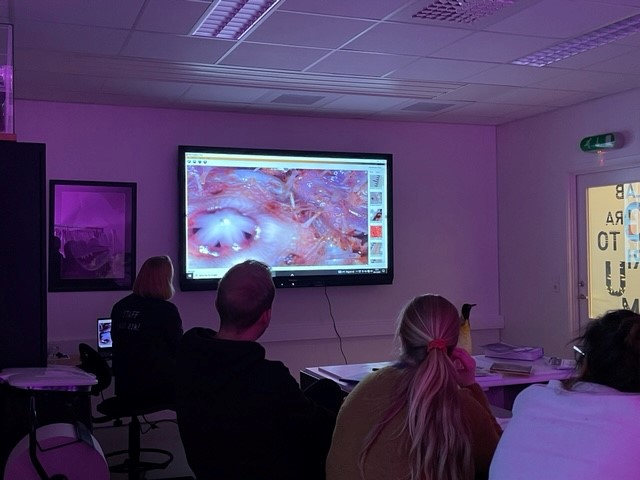 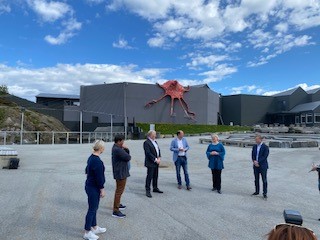 NOK 3 million awarded to the Science Centre
Find out more 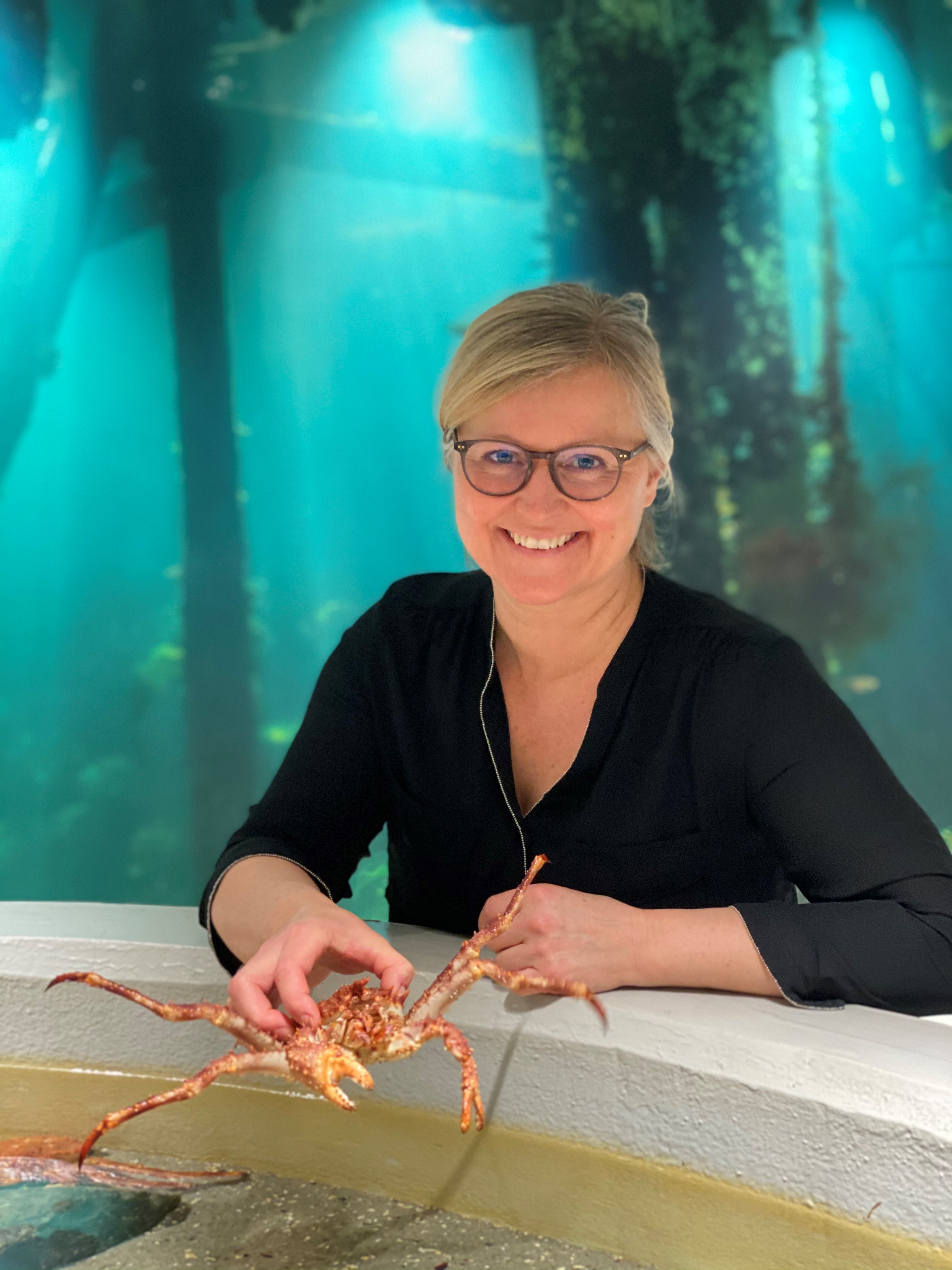 We've got a new colleague!
Find out more 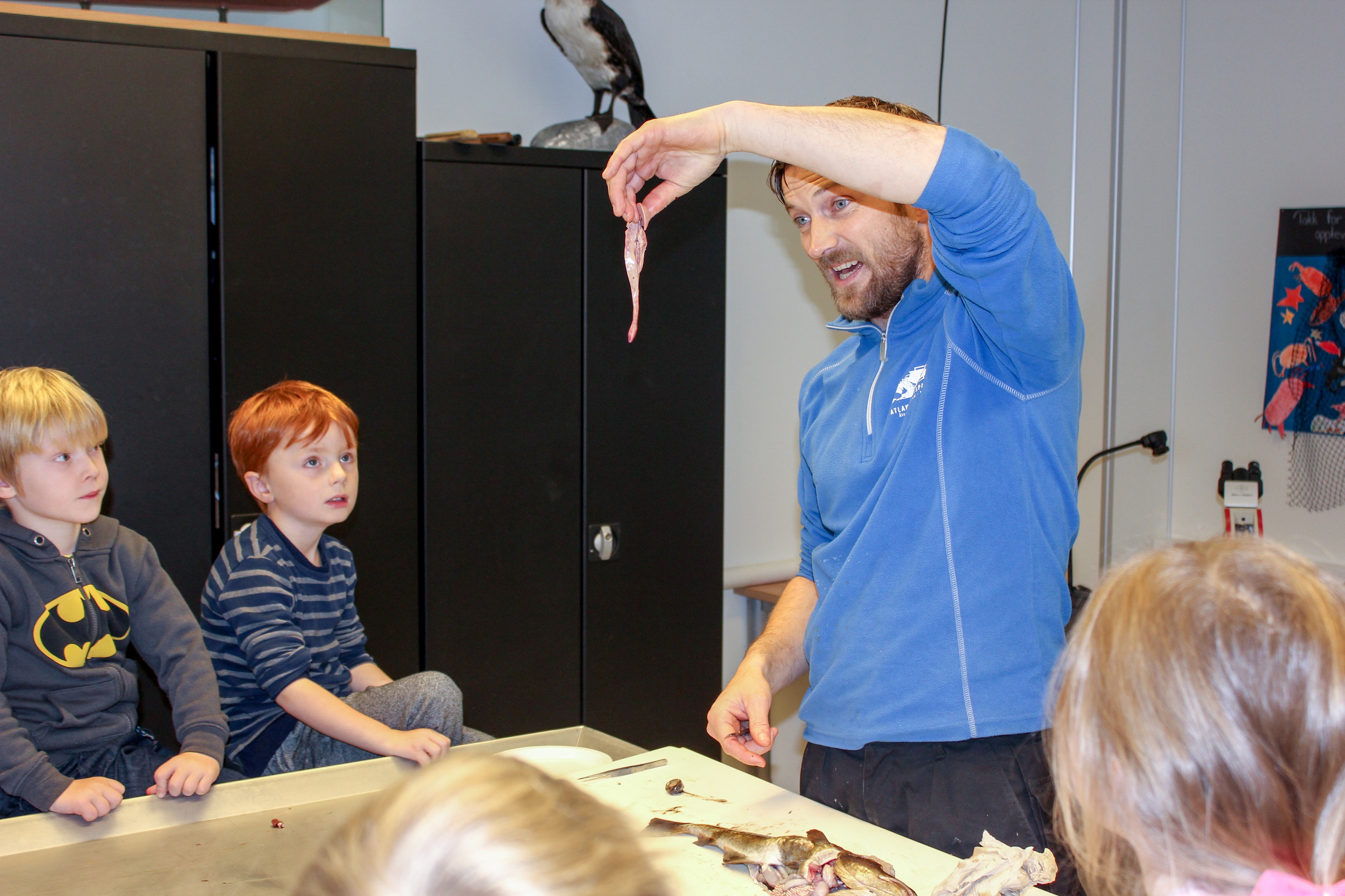 We are Norway's first science centre with a marine profile!
Find out more 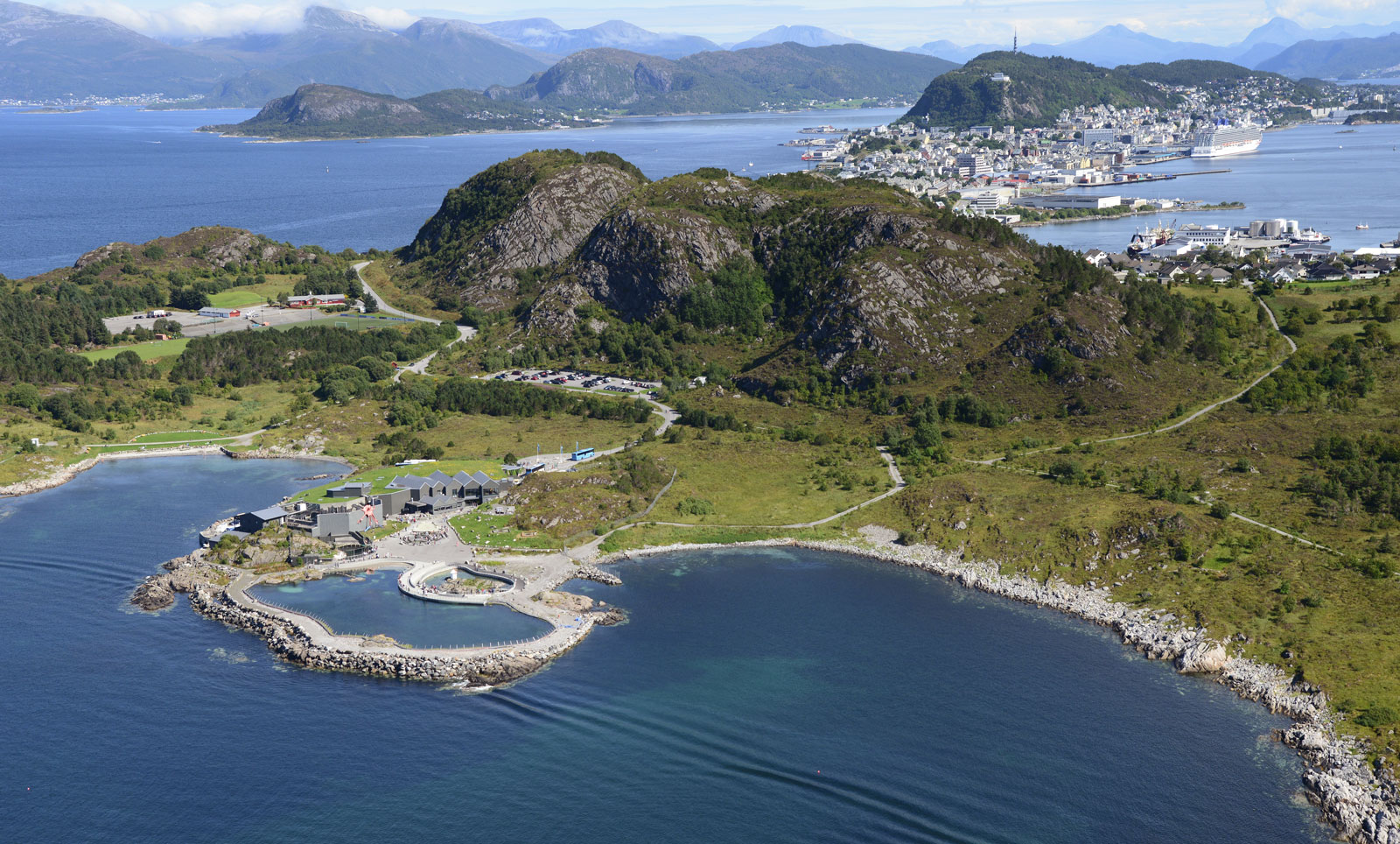